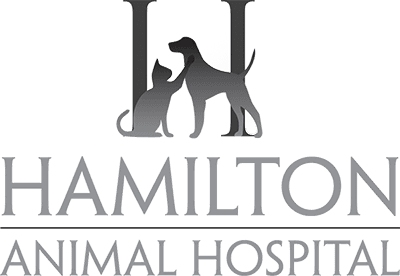 Outside the Box: Feline House Soiling 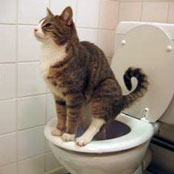 Perhaps the most frustrating part of pet ownership is that we cannot ask our pets questions. Well we can ask, but we are unlikely to get a useful response. For instance, I’d love to know why my dog Gracie licks the living room couch to the point of drenching it.  Or why my poodle mix lies on the end of my bed and growls at the floor. Is she angry at it? Has it wronged her somehow?  Would she have preferred a darker finish?  I’ve asked her, but she’s not talking. Dogs and cats are maddeningly tight-lipped when it comes to Q & A sessions.

We can live with most of these little mysteries, but there are some problems that can become deal-breakers if left unsolved.  If you’re a cat owner, you probably know what I’m talking about. You may have even shouted these very words: “why can’t you just use the freaking litter box???” (most versions contain more expletives, but this is a family-friendly article so I’ll let you use your imagination). Well, yelling won’t help, but if you learn how to ask the right questions, you can get an answer. This article will explore the most common reasons for feline house soiling and various ways to correct the problem.

Medical Reasons
Before attempting any of the other suggestions discussed here, it’s important to make sure your cat is not soiling the house due to an illness. Any illness could potentially cause a cat to urinate outside of the box, but the most common cause is idiopathic cystitis, an inflammatory condition of the bladder that makes cats feel like they always need to urinate. Symptoms include frequent spotty urination, difficulty urinating, and sometimes bloody urine.  Other common conditions that might cause increased urination are kidney disease, diabetes, an overactive thyroid or a urinary tract infection.  Your vet will probably want to obtain a urine sample and possibly run some blood work to evaluate your cat for these conditions, so before you try anything else, see your veterinarian to make sure Fluffy is healthy.

Marking Behavior
Once you’ve ruled out a medical reason, the next step is to determine if Fluffy is exhibiting  marking behavior or inappropriate elimination. Urine marking, or “spraying,” is a means of communication and may happen in community or social areas, near windows or any other place where your cat can see or interact with other animals. Marking is typically limited to urination and tends to occur on vertical surfaces, your personal belongings, new furniture or recently relocated decor. A cat in the act of spraying is usually standing straight with the tail up, may be treading or clawing the area with the front paws, and generally only produces a small amount of urine at a time.

Most marking behavior stops when cats are spayed or neutered, so if you’ve been putting it off, it’s time to bite the bullet and make the appointment.  If your cat has already been sterilized, take a look at the places where he or she is marking and consider the possible triggers. Is it near a door or window where other cats are visible? Is it in a communal area where the culprit interacts with housemates? Perhaps it’s limited to the new couch or your laundry basket. The trigger may not always be obvious, so if you’re not sure, write down the places and times of marking to try to determine a pattern.

Once you’ve determined the location and likely cause of marking, it is vital to clean up the urine thoroughly. Enzymatic cleaners are generally the best option as they are the most successful at neutralizing urine odor.  Next, determine if the trigger can be removed or avoided. If Fluffy is urinating on the window sill, try blocking her view out the window. If the marking is in a communal area for multiple cats, add environmental enrichment like cat towers, toys, and additional hiding places so there is not as much competition for resources. Synthetic pheromones like Feliway® are also useful for calming the marking instinct.

If all of the above fails, your veterinarian may want to consider anti-anxiety drug therapy. But remember, there is no “magical pill” that will fix marking behavior all by itself. Medication will not be successful if the source of the problem is ignored, so the above modifications are still essential.

It is important to note that although urine marking is annoying, it is a normal behavior and should never be punished.

Litter Box Aversion
Cats are very particular about their “toilets.” Something that seems insignificant to us might be a big deal to Fluffy. Consider the location of the box: is it in a loud or frightening area, like near a noisy appliance? Is it too busy for adequate privacy? Some cats don’t like  food or water to be kept too close to the litter box. Many cats are displeased with a box that isn’t cleaned often enough. Cats are fastidious, just think of how much time Fluffy spends grooming herself each day. If there’s already waste in the box, Fluffy might not want to go back in there again until it’s removed.

In multi-cat households, more often than not the problem is the number of litter boxes. Cats don’t like to share. If you have multiple cats, the rule of thumb is to have one litter box per cat plus one extra box, and spread them around the house. You might be thinking, “but I don’t want to put more boxes out, it’s just more litter to scoop.” Well, either way, you’ll be cleaning up after your cat. Would you rather scoop out an extra box or scrub pee out of the carpet when Fluffy won’t share the toilet with Mittens?

Litter Box Preference
The next step in getting Fluffy to use her litter box is to make sure the box is appealing. Put it in a quiet, private place away from food and water sources. Most cats seem to prefer unlined, uncovered boxes with soft, unscented litter, but your cat might be different. You may need to try several types of boxes and/or litter before you find the right combination for Fluffy’s delicate sensibilities.  There are a couple of ways to figure this out, but be forewarned that it will take time and patience.

One method of determining litter box preference is to place two boxes side-by-side, identical except for one difference, like litter type or box depth. After about a week, Fluffy will probably be using one box more often than the other. Keep that box and compare it to another box with a new difference, like a cover. You can repeat these single-change comparisons until you figure out the ideal combination for Fluffy. Alternatively, you could provide all types of litter and box combinations at once and see which one Fluffy likes best. Given the wide variety of selections on the market, this is impractical for most households that don’t have an entire room available to devote to litter boxes.

Litter box problems are frustrating, but they don’t have to be deal-breakers. Your cat has a valid reason for her toilet habits, and she’ll tell you what they are if you just ask her in the right way. And then you’ll be free to focus on other unanswered questions, like why she prefers the bathroom sink to the $150 velvet bed you bought her. While you’re at it, maybe you can figure out why my rat terrier is suddenly terrified of the bedroom ceiling fan, because he’s not giving me anything.